Book 1 is Where Can I Flee.  In this book we get introduced to Claire, Frank, Sally and Ralph.  This is a book about the civil war.  This one goes from the beginning of the war to about halfway through.  You will laugh and cry with the characters.

The second book is called In the Shadow of thy Wings.  This book continues the first book through the end of the war.  This one has less laughs but really makes you cry.  I look forward to the 3rd book that will continue on with their lives after the war.

Link to purchase book: http://amzn.com/B00MQ8KYI2 (Where Can I Flee) 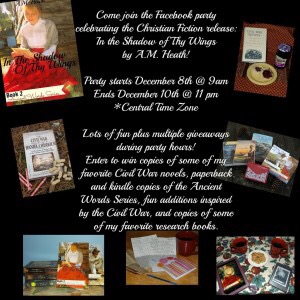 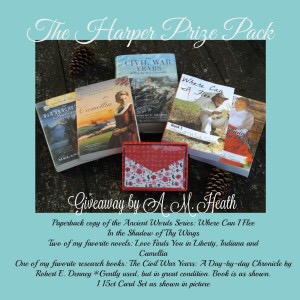 1 thought on “The Ancient Word Series:  books 1 and 2 by A.M. Heath. Plus a rafflecopter giveaway”